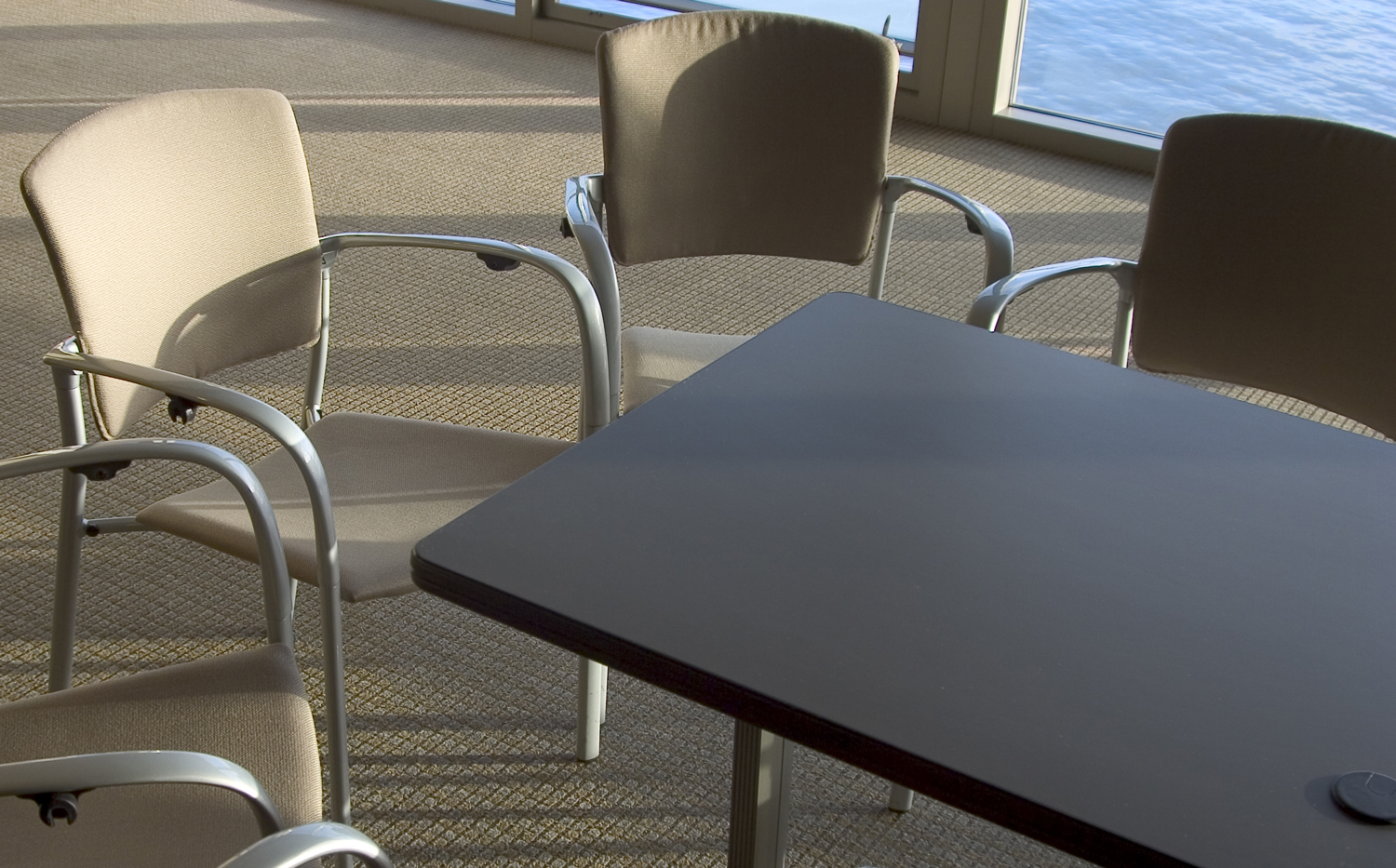 One person was tasked with running the meeting, while the other people at the table each had one interview question that they were in charge of asking.  We were instructed to give a 15-minute presentation, which we had not realized would be the case, and then given 2-3 minutes to answer their subsequent 10 or so interview questions.

Veronica doesn’t really do time constraints.  She does to an extent, but more than anything, she is dedicated to expressing the fullness of her thinking, and being present, engaged, and human in the best sense.  So, we did not keep to time limits well, which provoked a seemingly all-consuming nervousness in the moderator, who became so concerned with keeping track of time and fulfilling his prescribed role that he could barely focus on the information we presented.  Some people looked engaged, many of them looked scared or angry, while others looked lost and confused.  One wore his position in the organizational hierarchy very clearly, and threw off adversarial signals that practically burst into sound and flame- unspoken, unacknowledged fireworks.

The meeting was tight and choked as the group asked us to frame our prospective deliverables into bite sized chunks to be consumed and definitively conceptualized, as though inclusiveness or anti-oppression work in practice is like an object that is linearly and easily defined, implemented, and reproduced.  As though the history behind exclusion and oppression does not have roots and branches that permeate most everything.

While they stated, and believed, that they did not know what they were looking for, they had very clear expectations about what container and form our services would conform to.  They wanted something prepackaged in shiny wrapping.

The moderator and the only other white male in the room worked for the pre-prescribed answers they were looking for.  They tried different angles under the time constraints.  Cut us off from speaking.  Cut off another committee member in the middle of her follow-up questions.  Everyone else sat silent except to complete their assignments, left to their own internal devices.  And we — did — not — fit.  Because there is no siloed structure to such complicated work, even though it has a simple heart.  There is no moving forward without developing and implementing a mutual process in partnership.  And no amount of expertise, resources, understandings, or tools can do the work for them.

By the time it was all said and done, the energy of the room was largely tepid and dull.

To me, the process was unpleasant and discouraging, mostly because it seemed we had done poorly in their estimation (and neither of us were having an off day).  But it was all very normal.  The whole thing was essentially predictable, like a heart beat.

← Letter to a Young Man About Sexism
Reflections on “Normal,” Part 2 →