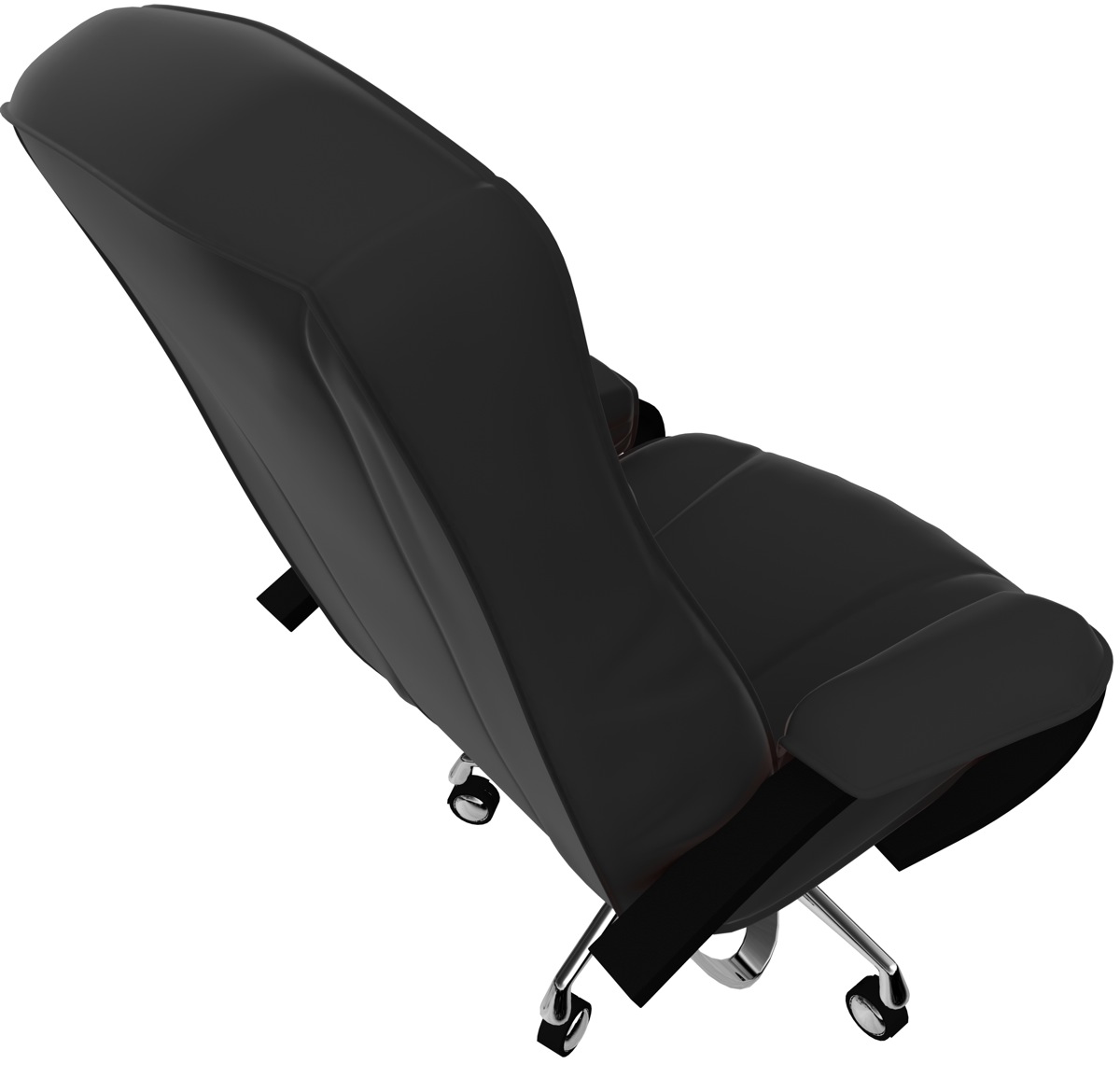 Veronica, her expression worried and unhappy, expressed that in the end, such roles do not serve anyone well.  That they leave everyone overlooking their true potential.  And, as we drove back to her home, she questioned the entirety of the process, and the deep irony of using “traditional” or “normal” practices to pursue inclusiveness work.

The conversation with Veronica was an interesting one, and gave me new things to consider.  And, at the end of it I was still prepared to wait for a response from the organization, just as I was at the beginning of the conversation.

It was Veronica who did the double take.

The next day, Veronica called and startled me by suggesting that we write the organization and address the problems in the interview process as a means of consciousness raising, demonstrating our work, and changing the context.  The recommendation to call out “normal.”

Veronica noted that, during the interview, neither of us had redirected the situation.  We had largely participated in it.

It is clear that there are dangers in doing this.  Being the interviewee who challenges the interview process is risky business.  There are also multiple layers of identity implications that make the prospect even more complicated.  These things are true and important, and I also appreciated Veronica’s perspective on the power we might have had to change the context of the interview by suggesting a different seating arrangement, proposing another process or method of answering questions, and using other strategies to counter “normal.”

As I thought about Veronica’s words, I recognized that at the time I had no expectation that the interview be conducted differently, and did not think altering the interview process was an option beyond how I chose to carry myself and frame my answers.  I contemplated the extent to which I have internalized an ultimately false conception of normal.

The young Latina intern participating in the process came to mind, and I could relate to her.  She had looked at me with an expression that felt like a stare down, the same sort of expression that likely occupied my face when I was first invited into certain decision-making circles.  I have often engaged in the same practice, and often played the “appropriate” role as defined by dominant cultural standards and what I have become accustomed to as a “best practice.”  So often it is difficult to see the framework of the role at all, let alone think to question it at the time.

After a great deal of discussion, Veronica and I wrote the organization the below follow-up email:

Good afternoon.  Veronica and I hope that you had a good Labor Day weekend and are feeling refreshed.

We wanted to send you follow-up information after last Tuesday’s interview.  As such, we have compiled a document that outlines our proposed next steps for the Inclusion Team, as well as a fee schedule.  Please let us know if you have any questions about this document or need any further information.

In addition to providing the attached information, Veronica and I would like to raise some points regarding Tuesday’s interview process.  It was a genuine pleasure to meet you and the members of the Inclusion Team.  We got to see glimpse of different people’s personalities, as well as some of the questions that people are bringing into the process.  It is also true that the interview process was a difficult one.

The interview was done in the style of most interview processes.  Veronica and I sat at the head of the table, separate from Inclusion Team members, and were asked cross-examination style questions in a relatively intimidating environment.  The significant drawbacks to this set-up are that Veronica and I had to prove ourselves under adverse conditions without access to our full thinking, or the opportunity to present our best resource.  This would be true of the majority of people interviewed in this style.  Any model that sets people up to struggle and prove themselves is inherently exclusive and makes accessing people’s best thinking and productivity prohibitive.  Rather than a return on investment, one gets a huge resource drain.  Additionally, the process did not allow Inclusion Team members to be fully present.  Because there was very little dialogue, and direct communication occurred between only a few people, most of the team members were not given the opportunity for full engagement.

It is also relevant to note where this particular interview model comes from.  Wealthy and middle class white men constructed the majority of business models, including this style of conducting interviews, because they have historically been the only group with access to building large-scale businesses and corporations.  This group still represents the majority of people who comprise the leadership and top management of most industries.  The standard interview model, therefore, is culturally specific to this group, and particularly excludes people from traditionally underrepresented backgrounds. This type of model will leave an aura of dissatisfaction in your environment that cannot be pinned on anything in particular, but will present in everything in general.  After all, there is no such thing as a neutral model.

Veronica and I would propose that the role of the Inclusion Team is to interrupt many of the typical or “normal” ways of doing things because they are not inclusive, and therefore aren’t working.  The Inclusion Team has an excellent opportunity to change the culture and movement of the organization.  We would like to help you identify these elements and enact new processes to create environments that encourage your best thinking, even in tough situations.  This, after all, is a key component of inclusiveness.

We would also like to point out that while committee members expressed uncertainty about what they wanted in an inclusiveness consultant, it also seemed clear that most people had very particular ideas about what the deliverables, or ROI, should look like.  Veronica and I, however, are not selling a traditional product- we are offering an integrated process.  We bring an extensive set of resources to the table, but cannot offer you the guarantees that someone selling a set of chairs or even a marketing course could declare.  Think of us like taking an art class.  We can provide you with the structure, quality instruction, tools, and support, but your benefits will depend primarily upon the amount of effort you put into the class.  If you skip classes or daydream through the course and don’t do the homework, your results will be much poorer than if you had come to the classes/been mentally present and done the homework.  Veronica and I provide tried and proven tools, methods, and education, and a commitment to support you in this work.  It is up to the Inclusion Team to implement and effectively utilize these things.  We offer you a partnership that requires everyone’s ongoing engagement, thinking, and creativity.

___________, we would love the opportunity to work with all of you.  It’s excellent that you are committed to inclusion work, and wish to proceed with it over the long-term.  After all, this is a long-term project, and Veronica and I know that we can help you be successful in it.  Our work is about assisting groups and individuals in reclaiming their ability to think, make objective decisions, take rational action (based upon full and accurate information), and create the environments they envision.  We can help you determine your true goals, devise an approach to achieve those goals, develop your leadership in the area, and back you in devising mechanisms to overcome the discouragement that may arise.  We hope to inspire you to carry forward the work you are committed to regardless of internal, external, or personal forces to the contrary.

Veronica and I look forward to speaking with you soon.  Again, please let us know if you have questions.

A friend of mine pointed out that the group may have found the analogy a bit off-putting.  That may be true.  I’m not sure.  Ultimately, I do not know how the letter was received.

I do know, however, that I am pleased that Veronica and I wrote it.  And I am grateful that we were able to derive new reflections from the process.  I am sometimes surprised by how often I have to remind myself of these basic tenants given that anti-oppression work occupies my daily life.  But, that is the nature of a dominant framework, the nature of privilege, and the nature of internalizing one’s position within those structures.

Ultimately, every single thing that we do, say, or participate in comes with a full dose of context.  I look forward to continuing to raise that point and raise the implications of normal, both for myself and for others.

← Reflections on “Normal,” Part 1
“Forgiving” Men and Other Oppressors, Part I →