Oppression’s Essential Guide to Nowhere: Poking Holes in the Roadmap to Success, Part 2 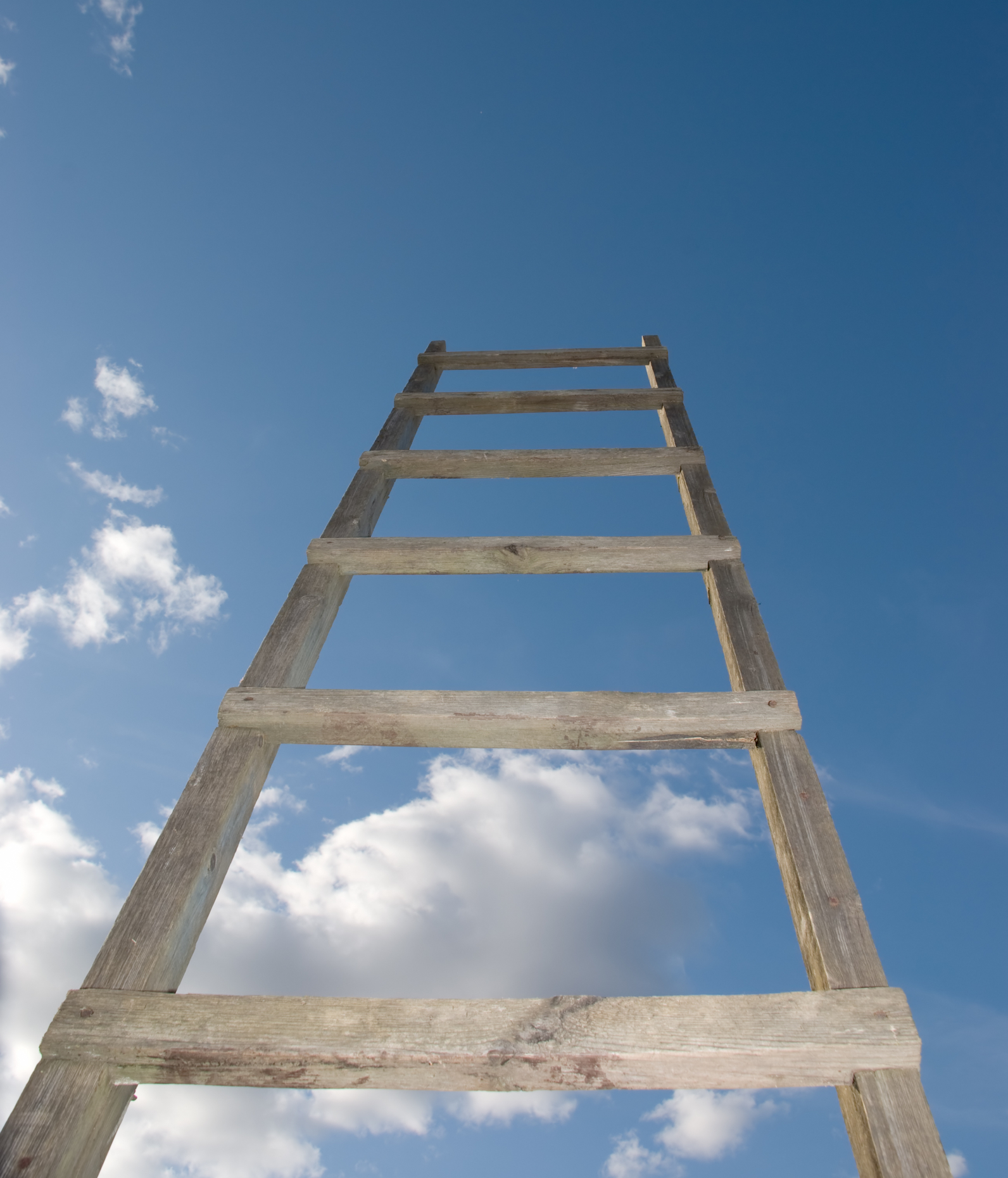 Models promoting the guarantee of middle class success (including the middle class’ guide to upper class status) typically work as follows:  You are in a boat with 100 other people trying to reach the same island.  They are your enemies.  Or, at the very least, they are your human, but not as human as you, competitors who may or may not serve as stepping-stones during this process. Remember: if you must work with others, do so during the beginning of the journey, not the end, and at the lowest possible rate.  The island is so far away and such a treacherous and under-resourced journey that only one or two of you will probably get there.  In the case of especially staunch work ethics and rule following, perhaps up to five will arrive.  But- don’t worry- there is something about you, something about YOU in particular, that is exceptional.  So even as you watch people by the dozens fall and be pulled over the edge of the boat by systemic and preventable snares, people who will subsequently flail and drown in the water, you have to keep your eye on the ball!  Your determination must be intact, and you have to concentrate on getting to that island.  Nothing else matters.  Resources are scarce, so it doesn’t make sense to share, and it can’t be helped if other people are knocked out of the game.  Negotiate friends, partners, children, love, spirituality, self-care, and health so that they do not interfere with your objective.  And don’t worry.  When it’s all said and done, this is for them, too, even if it doesn’t appear that way.  Once you get to the island, you will have the chance to become your best self (maybe), and will be in a much better position to help others (so long as it doesn’t threaten what you perceive to be your own interests).  No matter your circumstances, if you work hard enough and follow the rules, you will arrive.  Work, work, work.  And, then worked harder.  Make sure you don’t deviate from the course.  You’ll get there!  Perhaps alone.  But, you will get there!

Fine print: This boat is operated by Privilege Inc., a wholly owned subsidiary of Invisiblized Privilege and Dominance Holdings.  First and business class seating are available at an extra cost.  Insurance option booklets are available.  If you are aware of our specialty menu, you already know how to proceed.  All participants are required to sign the Hold Harmless and Indemnification Agreement (known as the “Agreement”), which protects our company even in instances of extreme negligence or assault.  Privilege Inc. may refuse anyone service at any time, and is not responsible for disillusionment or displacement experienced by participants who arrive on our island (which, incidentally, is undergoing massive erosion due to military testing).

Nothing in my life experience supports the idea that these models can actually be universally applied or that they will lead to “success.”  Their influence is vast and dominating.  They redefine actual circumstances into a virtual reality that is accepted as true reality.  But the idea of these models being catch-all solutions carries about as much validity as the world being flat.

Of all of the schmutz and false expectations that flattened me during my entrance into adulthood, I think that the Myth of Perseverance was the most difficult to come to terms with.  I come from a middle class background and the idea that enough hard work would grant me whatever I envisioned.  Particularly, and perhaps only, if I kept my nose clean.  From very early on, I knew that racism and sexism would (and did) represent significant barriers.  I knew that oppression experienced by others would (and did) cause major setbacks. But I, informed by the media, sugar-coating/clueless family members/ teachers/ administrators, and a million other messages, also believed that if I could engage people, if I could get them to truly see me, then the oppression would dissipate in the face of human recognition and connection.  While I didn’t expect that life would provide a fair playing field, I thought that this recognition would allow me to overcome (or largely overcome) any ism.  My talents and hard work would be rewarded, and I could seamlessly support my activism toward an oppression free world.

Adulthood, however, led me to the discovery that there is no transitional moment in which all of someone’s prejudices fall away. There is no switch into instant humanity and true connection.  No switch that shows hard work and perseverance for what it is.  Life isn’t nearly that simple or that clean.  Any spotlight of recognition or non-recognition is tinted.

Even when I have experienced human recognition and connection with bosses/ authorities/ others from dominant identities that I don’t share (which, it turns out, is far from guaranteed) they have typically declared me to be an exception (a scenario which is vastly more likely than a person examining their privileges and prejudices).  Their perspectives are still laced with the ways they can’t quite see me as human, and I become a patchwork quilt of human and non-human components.  Our interactions follow that pattern, and they have a propensity to be invested in systemic oppression and their own privileges and self-justifications.  In the places I carry privilege, I often do the same.  And internalized oppression does wonders to block human connection and recognition- with one’s self and others.

When people don’t come down to being people, when there are so many pre-programmed and systemic oppressions in place, the Myth of Perseverance and the guarantees of middle class success become awfully hollow, and the theoretical universality falls away.  Their frameworks are composed of basic tenants that encompass intense individualism, rule following (a.k.a. “best practices”), and workaholism, components that are meant to support unequal, inhumane systems that remain invisible and unchallenged under the seemingly gracious promise of living the life you love/ getting your book published/ entering the middle class/ becoming fabulously wealthy/ etc.  You aren’t supposed to notice that the requirements are unrealistic, achievable only by great cost to yourself and others (if they are achievable at all- and often they aren’t), and becoming an active enforcer of various oppressions.

In practice, the people who make and define the rules are only subject to them based upon their place within the hierarchy of human privileges and perceived worth. And they make the rules to benefit themselves.  In any examination of the world, it is clear that hard work and super-human feats are no guarantee of even basic livelihood, except in the fairytale that says that bad things don’t happen to good people (who observe pre-prescribed dominant cultural standards of “good” and “decent”) and that people get what they deserve (meaning that your quality as a human being can be measured by what you have). People like Oprah and J.K. Rowling are exceptions and distractions in a sea of systemically and collectively produced grounded realities.

On her website, my friend and colleague Veronica LaCrue says: “All too often we have put systems in place to standardize things and attempt to make them consistent.  The truth is, however, that no system or set of rules is universal, and no system or set of rules can humanely and effectively address every situation or person.  Instead, we must use flexible thinking to achieve the most humane and constructive results.  It is flexible thinking that allows us to effectively utilize systems and rules as tools…. In fact, using systems to do our thinking for us traps us in procedures that become fixed and normalized, even if they are not useful.  We then internalize these systems as normal, and often inevitable, and reproduce them ourselves.   This allows us to justify ourselves without being accountable, and allows us to abide by conclusions that have already been made without questioning them.  Additionally, it limits our creativity, human potential, and ability to develop what is best for ourselves and an evolving world.”

All of this being true, I wonder what we can pursue as an alternative to these models.  How we pursue the things that we want in our lives, and do that with attention to which expectations make sense, and which systems need changing.  Without living our whole lives as individuals vs. the world.  Without us leaving ourselves or one another behind.

With Transformative Alliances LLC, I have had to try and figure out which pieces of the business model/middle class rulebook to throw out.  Tried to source out the theoretically necessary pieces that compromise my values and sense of the world.  I still feel caught up in the whirlpool of it.  Find myself drowning in the expectations of supposed normality and broadly held expectations (that show up so clearly within me).  Find myself fighting for something else.  Trying to avoid relinquishing too much in response to expectations that phase in and out of reality, expectations that define what I can “reasonably” expect other people to tolerate from me.

I guess the same will be true of my writing. I will, with as much help as I can gather, try to figure out an alternate path.  Perhaps I will sit in communication with Goddess and see if She will convey answers I don’t have and can’t fathom because I am ensnared in the trappings of this world- all that I think I know, and the resonating noise of the guarantees of middle class success.  And maybe I will ask my friend to help out with that prayer circle.

Then, perhaps, I will be able to pick out where to go from there.  I may even pick up The Essential Guide to Getting Your Book Published again to see if I can find something that I can use, the pieces of value through all of the static.

I want a new model.  Or, at the very least, I want a hybrid.  And at least two legs of the new paradigm can’t come from the ones that are pre-prescribed.

← Oppression’s Essential Guide to Nowhere: Poking Holes in the Roadmap to Success, Part 1
The Zombie Apocalypse: Where We Are Right Now →