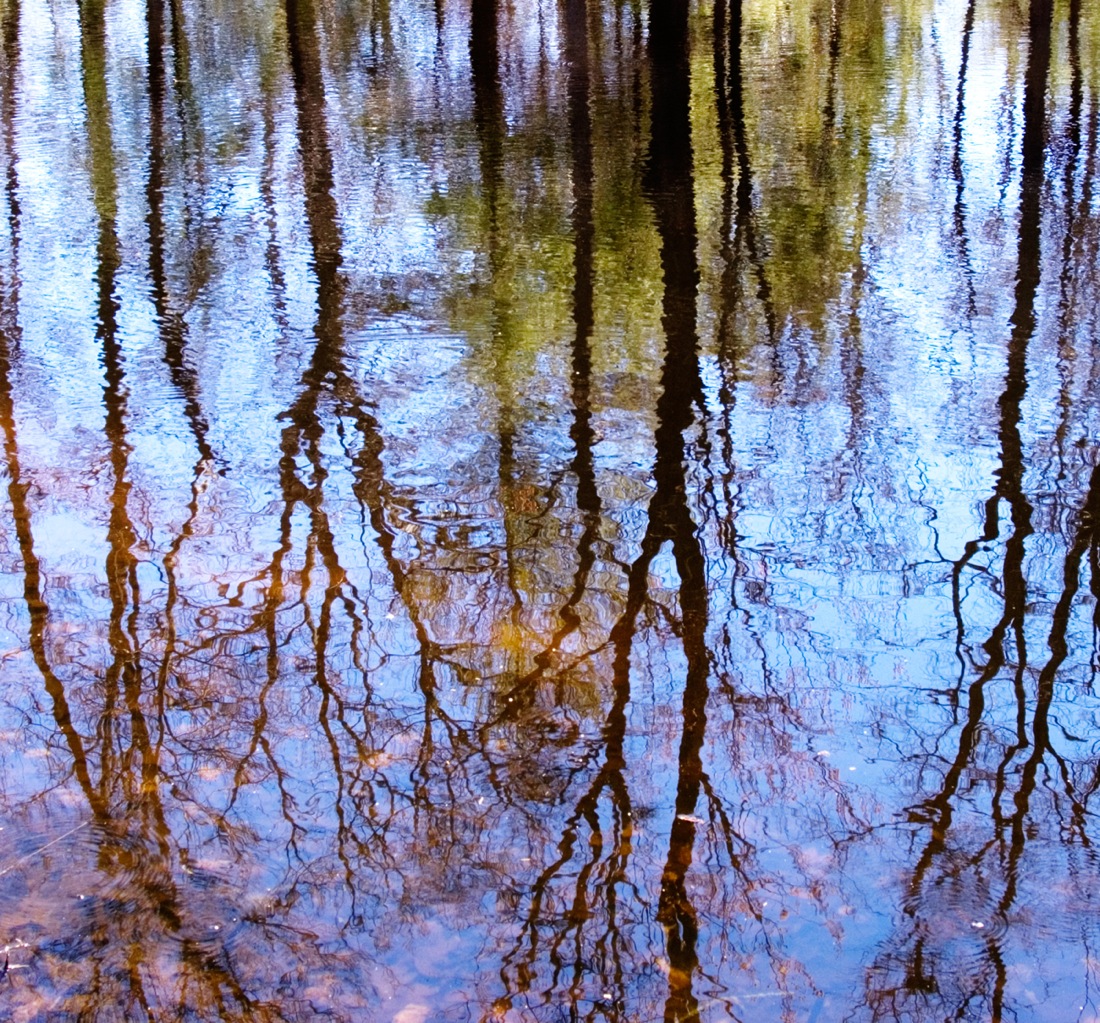 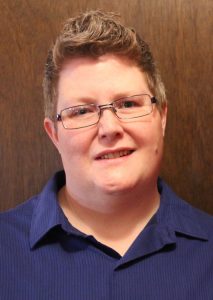 As I reflect on the path I took to arrive at this point, a path that I am still on, I am drawn to the opening lines of the same poem.

His sledgehammer voice hits me
harder than his fists used to…

In revisiting these words, I am struck anew by the realization that, in many ways, violence was my first language.  Before conscious thought, before words, before any kind of awareness of power or privilege or which groups of people hold them, I learned to exist in and navigate a world defined by violent encounters.  Dehumanizing encounters.  Scripted encounters that demanded I memorize and continually (re)enact particular defeated/beaten roles.  Even as I found ways of surviving, of making it through.  I learned this first in my immediate family environment, then, as I grew up, in an ever-widening array of social contexts.

I am not alone in this.  Contrary to the ways media and other institutions have carefully constructed myths around how we understand violence (usually limited to either large-scale depictions, like war, or supposedly “pathological” or ”anomalous” encounters between individuals or small groups, ranging from domestic abuse to various racist portrayals of “urban crime”), it is far more pervasive than we would be led to believe.  At once intensely personal, and woven into our entire social and institutional fabric in ways that impact nearly every aspect of our lives.  So “normal”, in fact, that not only are we desensitized to many forms of violence, but we often don’t see them, don’t recognize them as violence at all.

This has kept us from naming the violence in our lives, from understanding our experiences with violence (if we are or have been targets of it) as something other than “out of the ordinary,” from seeing ourselves or our relationships with others as capable of anything different.  After all, it is much harder to name what we can’t see, much harder to believe ourselves when our intuition paints a different picture than what we’ve been so conditioned to view in isolation, in abstraction.

We become accustomed to this clouded vision, to doubting everything our bodies/spirits tell us is true about our own experiences.  Violence becomes mysterious even in its everyday manifestations. Those who perpetrate it become monsters to be survived – at once overwhelmingly powerful/present and untouchable/elusive.  We are locked in, and our every encounter (with others, with our own internal dialogue) is framed and shaded by fear.  Or rage. Ultimately always one extreme or the other, no matter how hard we try to temper our expressions of them, to couch them as something else.  A constant negotiation, performed without thinking.

But violence has never been an abstract concept.  We know and live it intimately, albeit from starkly divergent positions and relationships to power (I refuse to accept the idea that those who harm others are distanced from the experience, refuse to support claims that it is somehow the sole responsibility of those targeted by violence to call it out – perpetrators of violence are as familiar with their roles as those against whom it is wielded, even as howwe experience violence bears drastically different consequences depending on which roles we occupy, the kinds of social power we carry and have access to).

Oppression relies on violence – physical, sexual, psychological, spiritual, institutional. And it relies on our shared unwillingness to see and confront all the ways violence reaches into our everyday ways of being, how – even as those of us involved in social justice work tackle big questions of unpacking privilege, opposing institutionalized oppression, challenging imbalances in power – we are violent toward one another, and ourselves.

Coming face-to-face with these truths is difficult, and painful.  But I have found, for as hard as it is to bear the knowledge of (and take responsibility for) this big-picture view of the ways in which people with privilege (myself included) participate in systems and structures that rely on violence as a way of maintaining power imbalances, for as challenging as it is to do the internal and institutional/organizational work necessary to stand in solidarity against oppression, there is something uniquely terrifying about facing the residual consequences of the violence I have experienced directly, coming to terms with what it has meant (emotionally, spiritually, physically) in my life and in the ways I am in relationship with others. Confronting those who I have come to view, and understandably so, as monsters, as inhuman in their cruelty and ability to inflict pain (most often as a function of their social power, their privileged identities).  And confronting too the ways I have accepted – through (re)enactment of particular roles, through default responses – my own defeat, my own sense of powerlessness. 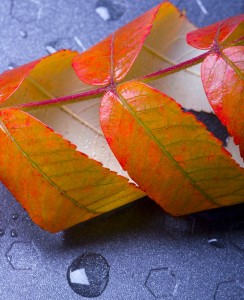 Yes, it is a terrifying prospect.  And also necessary.  Because I am unwilling to accept that this world of monsters and victims is all there is, that at the end of the day all our struggles against systemic oppression leave us back where we started, incapable of recognizing the humanity in one another, in ourselves.  Because survival, resiliency, just getting by is not good enough – where is there room for claiming our own power, our beauty, our gifts in that?!?  I want more.  I want different kinds of relationships (with ourselves, with each other) in which we can all be fully present, in our own strength, without fear. And I believe it is possible.

But how?  How do those of us who have been the targets of violence remember and claim our strength, when we are so accustomed, so practiced in living our own defeat/despair?  How do we access what we have been so cut off from, to the point where envisioning ourselves as truly powerful feels absurd?  How do we unlock these static, scripted roles of offender/offended, oppressor/oppressed, powerful/powerless and create a way forward without falling back into rehearsed patterns?  How do we do this internally, and collectively?

It is not simple. We limit our own power when we view others, even those who have harmed us deeply, as monsters, as inhuman in their cruelty.  Because if they are fixed, defined by the harm they’ve caused, the power they have exerted, we also become fixed, stuck in and defined by our own powerlessness. There is no way, in that place of rigidity, to see or imagine any other roles – for ourselves or for those who have wounded us.  No way to see/feel/access our power, no way to understand ourselves as anything other than broken, defeated, victimized.  And this is not just true in how we remember past experiences, but it shapes how we view and approach present/future situations as well, and the options we see for ourselves in them.  We resign ourselves to violation, victimization, powerlessness before we even begin, before interactions with those carrying privileges we don’t ever take place.

How, then, do we shift this… when the pain, the fear, the rage runs so deep?  When we bear lifetimes (our own, our ancestors’) of being broken, power taken, power given up because envisioning an alternative has seemed out of reach?  When the violence is literally written on our bodies, our spirits.

Some would call it forgiveness, others choose to see it as coming to some kind of resolution around how we understand (and engage with) those who have caused us harm. For me, what we call it matters less than the practice, the learning to see through my own rage, my own fear and find even a speck of humanity in the people, and those like them, who have most wounded me.  And not because I owe them anything, not because they deserve to be forgiven…  But because I can’t live and be in the world as I want to – in my fullness, in my strength – carrying the weight of that wounding, that shame.  I do not choose the victim script I have been given, I refuse to continue performing my own defeat.  And so, in order to (re)claim my own full self, I need to set fire to the stage, turn the entire monster-victim paradigm into ash.

In the case of my father, seeing him as human opened up the space for me to hold him accountable, to expect him to change, to demand things from him.  Defined as a monster, his role, his behavior, his cruelty was already set, already scripted. Monsters can’t change, can’t be held accountable for performing their fixed role.  But people can.

In our humanity, we are not fixed as oppressor or oppressed, as offender or offended, as those who cause harm or those who are harmed.  In our humanity, we can remember and reconnect with our power.  Even as we see/feel/know/experience the harmful power wielded by others.  We can find choice in even the most restrictive/oppressive situations because our lines, our staging is not set.  And we can envision choosing differently.

← “Forgiving” Men and Other Oppressors, Part II
Reflections of a Biracial Sellout. →